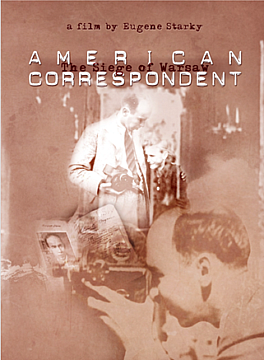 How the courage and sacrifice of the Warsaw society in September 1939, filmed by American Documentarian Julien Bryan, influenced the course of history. Thanks to the sacrifices made by the people of Warsaw during the uprising in 1939, which was filmed by Julien Bryan, the world found out about a new war which was being led by Hitler. A war against civilization. Bryan warned the West about what had happened in Warsaw, and that it can happen in Paris, London and even New York. Pictures of airborne attacks and peoples agony in Warsaw made it to the world, and changed United States participation in World War II. This documentary shows what the outside world, at that time, did not know regarding Hitlers real actions.