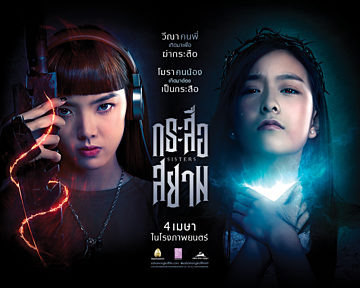 The story of love and bindings between the two sisters whose destinies are not for them to choose. They grew up very close together but need to be raised separately when one of them is coming of age by some unexplainable circumstances.
The “elder’ must dedicate her whole life to train in the art of the “Demon Hunters” so she can protect her “younger” sister who is weak and being targeted by the monsters who want to avenge their long time feud with their demon hunting clan.
Meanwhile, the clan of monsters has already risen back from the defeat decades ago and start to recover their strength. The monsters can rejuvenate their bodies and gain the power by hunting people and suck the life forces out of ordinary people. Behind the disguise of a beauty clinics, they lure people into their grasps and gain forces day by day, waiting for the new queen to emerge and rule the night again.
But when it’s time for the truth to unfold, the two sisters have to face their undeniable destiny of conflicts which they must choose, either to let their lives flow on the uncontrollable paths or team up and fight to remain together.