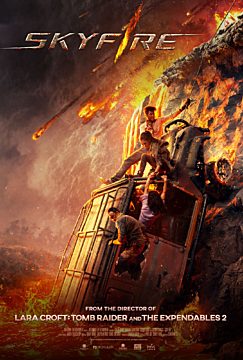 Geologist Wentao Li (Xueqi Wang) vowed he would never return to Tianhuo Island after a catastrophic volcano eruption tragically killed his wife. But 20 years later, his daughter Meng (Hannah Quinlivan) continues his research work on the island that took her mother’s life, developing a brilliant eruption forecasting system that could save countless lives. The island has now been transformed into a thrill-seeking theme park by greedy businessman Jack Harris (Jason Isaacs) despite Meng’s warnings. She was right. Distraught over his daughter‘s safety, Wentao lands on the island as the volcano begins to erupt. It’s a race against the clock to save his daughter, and the tourists and villagers from the apocalyptic chaos.