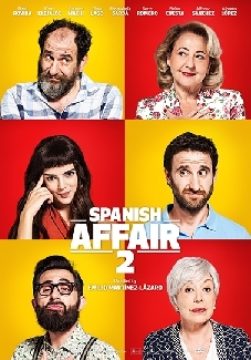 Koldo’s Basque nationalist alarm hits Defcon-3 when he finds out his daughter Amaia is planning on marrying a foreigner.
Even worse, the man is A CATALAN, “Those people who think they’re less Spanish than even the Basque do!” That really gets him, so he gathers his courage and crosses the Basque border all the way down to southern Spain in search of Rafa.
To convince him, Koldo sneaks into a Seville’s Easter procession that carries the statue of the Holy Mary throughout town, and before the statue shatters to the ground, Rafa agrees to Koldo’s insane proposal: they’ll go to Catalonia, he’ll pretend to be Catalan, he’ll even lead the new Catalan nationalist movement... whatever it takes, because the truth is, he’s still in love with Amaia.