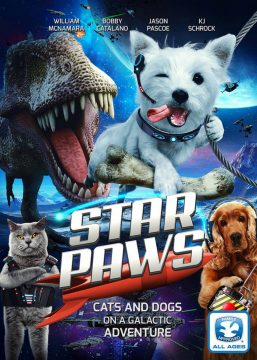 The battle between Cats and Dogs goes Galactic! Adventure Cat and his evil kitty army hope to snatch a magical galactic bone that will give them the power to take over the entire galaxy. It's up to an elite group of space dogs, headed by the intrepid General Ruff (William McNamara), to beat Adventure Cat to the bone.