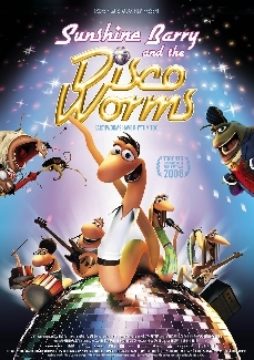 Sunshine Barry and the Disco Worms

It not easy to be Barry. An earthworm gets no respect. He's at the bottom of the food-chain, with the most boring job at the composting plant. But one day, an old disco album turns his life upside down. Barry suddenly sees the light: he will star in the world's greatest disco band. "Sunshine Barry and the Disco Worms". True, he's got no rhythm, no band and no arms, but as Barry says: We 'll do it anyway!