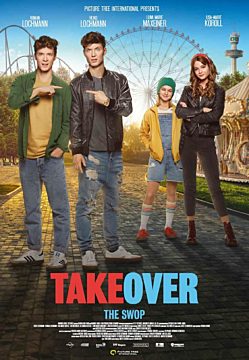 The 18-years old Danny and Ludwig come from two completely different worlds: Ludwig leads the life of a wealthy son, whilst the musical talent Danny needs to count every penny. When they accidently meet for the first time at a big leisure park, they immediately realise one major similarity - They look the exact same. After their instant confusion they use this to their benefit and immerse themselves into each of their different lives: Now Ludwig relishes in the solidarity of Danny’s warm hearted family, while Danny has an unexpected anduxurious time off during which he can practice for his upcoming song contest performance. It is not long before the first problems arise and their Identity swop gets out of control with Danny’s nosy foster sister Lilly taking a good share. Everything seems to be gearing towards a spectacular showdown at the big song contest...