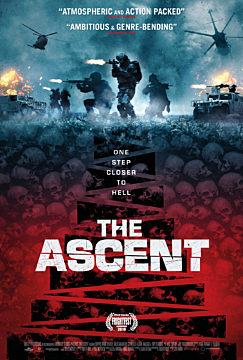 The Ascent is an action/horror hybrid movie that packs in time travel once the second act kicks in.

The movie is about eight private contractor mercenaries that are sent into a civil conflict happening in Eastern Europe. The group commit a war crime on the orders of their commanding officer and soon live to regret it.