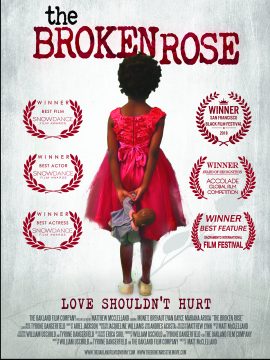 Rose is abandoned by her biological parents and forced to live in foster homes at a young age. During her time in foster care, she was physically, sexually and mentally abused. When she could no longer deal with the abuse and feeling no one would listen to her claims, Rose drops out of school, runs away and meets Shaka, an older man who is battling his own demons. Rose feels as if she has finally found her peace, and she starts pushing away her friends, devoting her life to Shaka. As time goes by Rose notices Shaka is manipulating her. Feeling obligated and fearful of Shaka, she stays and continues to do as told. After the consistent urging of a childhood friend named Brian and a cop named Richard, Rose plots her escape with Brian only to see Shaka is a formidable opponent and would not let her get away so easily.