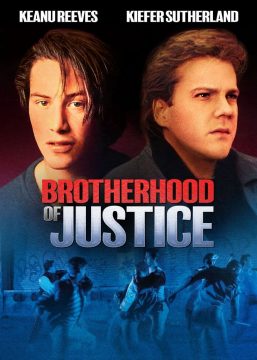 The eponymous "Brotherhood of Justice" begins as a well-intentioned attempt by students to stamp out violence and drugs in their high school, but this "solution" gradually becomes worse than the original problem. As the Brotherhood's targets expand to include all who irritate them for any reason, the group's actions escalate to arson and attempted murder. Its original leader, Derek, seeing what the group has become, turns against his comrades. [Xenon]