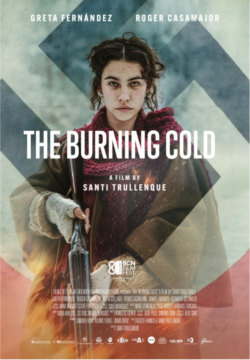 Winter of 1943. Andorra, a small country in the Pyrenees.

In the tense calm of a borderland, where echoes of a nearby war reach the ears of the local inhabitants, Antonio and Sara, a young, married couple, are expecting their first child. No one knows exactly what is going on, nor what is being fought over, the priority is just to survive another day.

When a family of Jews fleeing Nazi persecution arrives in the valley, the locals will find their lives disrupted and filled with a sense of fear and unease. Sara will have to face her own contradictions and decide whether to follow her head... or her conscience.

The past, along with all the secrets that have remained buried under the snow for so many years, are about to surface. The burning cold has reached the mountains.