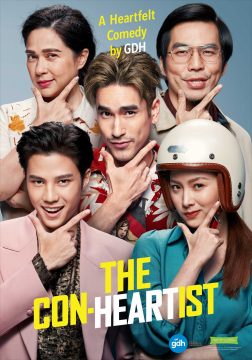 A romantic comedy about a naïve bank clerk named ‘Ina’, whose ex-boyfriend runs off, leaving her in debt. While her ex enjoys his new comfortable life, Ina struggles to make ends meet while trying to pay back the money she owes.

Misfortune strikes twice, when Ina meets a cunning con artist who tricks her into giving him some money. Luckily, Ina manages to catch on! But instead of turning him to the police, she hires this con artist to swindle her ex-boyfriend to get revenge! They say fortune favours the bold hearted, but what if fate has other plans for Ina’s jilted heart? As their hoax plays out, Ina must face her true feelings about the situation she has gotten herself into.