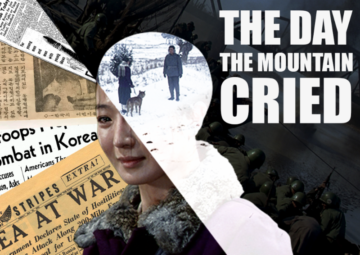 The Day the Mountain Cried

A sumptuous, epic love story revealing the powers of passion during the time of war.

Initially set in 1950's North Korea during the war with South Korea, Son Ah, a stunningly beautiful young girl, saves the life of Il Gyu, a wounded soldier who has been left behind after a brutal battle. Despite being thrown together by tragic circumstances, the innocent young lovers' relationship blossoms, only later to be cruelly torn apart because they were born into opposing sides of a fight.

When Il Gyu leaves to save his mother, he promises to return and Son Ah waits for him for a lifetime. Separated by war and countries between them, broken hearted Il Gyu tries everything to return to her in the North. But political realities between the countries make their reunion impossible. As the years go by and their youth slips away, Il Gyu finally gets an unexpected opportunity to fulfill his wish and return to her. Will they be able to unite? Has their passion endured the long years of separation? Can love really conquer all?