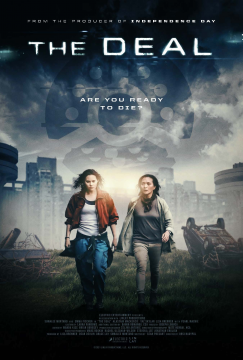 An unprecedented pandemic has ravaged the planet, leaving resources insufficient to maintain the human population. To combat the crisis, a totalitarian governing body known as The Bureau established "The Deal.” Accept The Deal, and you'll receive a job, housing, and medical care that will keep you safe and healthy for twenty more years, at which point you must take your own life.

Once you take The Deal, there’s no turning back. The Bureau makes sure of this.

TALA BAYANI took the deal when she was twenty, pregnant, and alone. She spent the next nineteen years raising her daughter ANALYN and saving everything she had so her daughter wouldn't have to take The Deal. Just five days before Tala’s due to die, Analyn gets an unexpected medical diagnosis. Now the adventure begins, as Tala fights to get her daughter beyond the reach of The Bureau before her time is up.