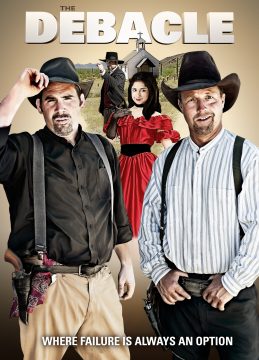 Longtime friends Vaughn (a devout hypochondriac) and Larry (a hapless and perpetually single romantic) have never met a challenge they haven't run from. When a chance encounter with a stranger leads to their finding themselves transported to an old west town in the 1870s, they're forced into situations where failure appears to be a foregone conclusion. Terrified by change and even the hint of danger, Vaughn and Larry are a given a task that must be completed within two weeks or risk never returning to their modern day reality. Given their built-in limitations, a hilarious series of events ensue as they work to overcome their fears, competing interests and they must do battle with an ill-tempered gunslinger in an effort to return home.