Home / Films / The Dwarves must be Crazy 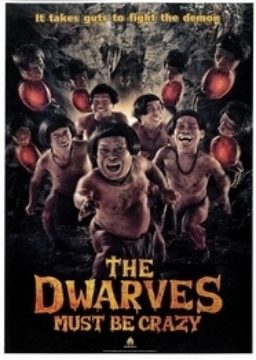 The Dwarves must be Crazy

Far away deep in the jungle, there is a village of short people. They lived happily hunting and gathering from the surrounding forest. One day, a group of young villager came upon a nest of Elephant fireflies and ate the insects, which resulted in their transformation into a new kind of demon called Krasue.

They will do everything to protect their love ones and try to get rid of the monsters, even if that means they have to become the monsters themselves.

Disclaimer: This is a horror comedy and the director does not have any prejudice against the performers in the movie.