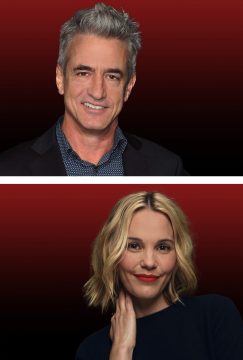 Tara (Odessa A’zion) is like any other teenage girl, just surviving high school. Her father Ben (Dermot Mulroney), and mother Emily (Leslie Bibb) seem strangely distant. When a fresh spree of gruesome axe murders starts happening in town, Tara has sightings of terrifying entities, forcing her to question her own sanity and shocking ancestry. After a visit to her aunt in a mental asylum and a night in Lizzie Borden’s actual home, Tara realizes she is inextricably tied to the horrifying curse that has plagued her bloodline for almost a century. As victims pile up and the police close in, Tara will have to fight back her own demons.