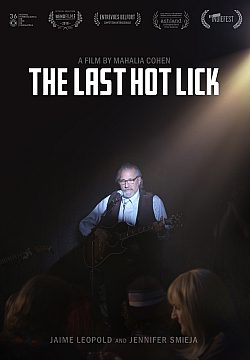 Jack Willits is a washed-up musician on an endless tour, desperate to recapture the fleeting fame he experienced in the 1970s. When he meets a mysterious woman, he believes her beautiful voice is the key to his success; but she has a secret that could threaten Jack's plan. Set in the rural Pacific Northwest of the United States, The Last Hot Lick weaves documentary elements into the narrative to reveal a unique look at American life.