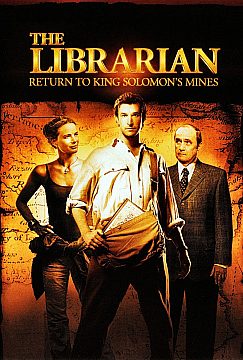 In the second installment of The Librarian series, mild mannered scholar Flynn Carsen, chosen to recover and protect priceless historical artifacts from around the world, must journey to the sweeping plains of Africa and uncover the secrets of his past in order to find the ancient, hidden mines of King Solomon before the treasure-filled tomb is discovered by those who would use the powerful artifacts for evil.