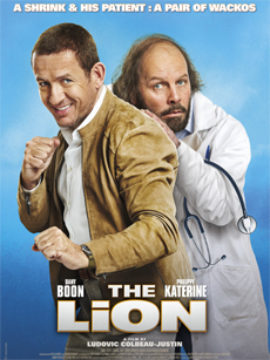 Straight-laced shrink Romain is fascinated by his new psych ward patient Leo Milan, who claims to be a highly-trained international spy, code-named The Lion. But of course, that’s just crazy talk, right? Maybe not.
When Romain’s fiancée is kidnapped before his very eyes, just as The Lion predicted, Romain realizes that Leo is the only one who seems to know what’s going on. And only he has the skills to rescue her. Desperate, Romain breaks out The Lion and does his best to keep up with him, in a frantic chase across Paris to rescue Louise and protect France’s central bank from the heist of the century. Along the way, he has no choice but to admit that The Lion does display some pretty unique talents like a real spy.
But as the unlikely duo gets deeper and deeper into major trouble, Romain starts to realize that The Lion’s identity might be linked to a very personal trauma…