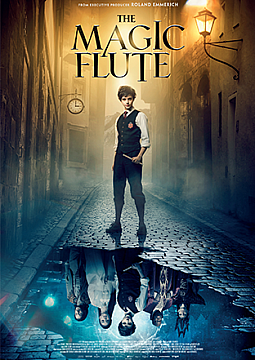 Aspiring singer Tim (16) has been dreaming his whole life about attending Mozart All Boys Boarding School. He is over excited when he is finally admitted but his first days at the prestigious school do not turn out as expected. Facing a hostile headmaster, the stresses of first love and struggling with the authenticity of his singing voice, Tim is thrilled as he discovers a wondrous secret in the old school building– a gateway to a parallel world. He finds himself thrown into a new reality: In the role of Prince Tamino, he immerses into the cosmos of Mozart’s opera THE MAGIG FLUTE where fantasy has no limits. Now, Tim must enter the fray on two fronts, he tries to win a prominent role in the school's upcoming recital by day and returns to the magical universe where he must risk his life to free the lovely princess Pamina by night. However, living two lives takes its toll and Tim risks letting down the ones he loves – he is forced to make a decision but has he learned enough to make the right choice?