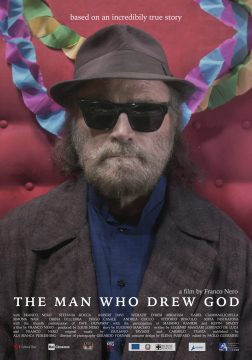 The Man Who Drew God

Inspired by a true story, the rise and fall of a blind artist who has the extraordinary gift of making true-to-life portraits just by listening to the human voice, who becomes a TV talent star in the process. A fable on the need to rediscover the miraculous power of dignity in a world where media’s noise has solved the problem of man’s imperfection simply by removing the problem itself.