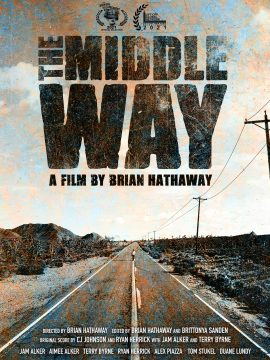 The Middle Way is the story of Jam Alker's childhood of trauma-abuse, neglect, and abandonment-and how he tried valiantly to overcome it. Through interviews and archival footage, this documentary traces how Alker's tumultuous upbringing drove him to pursue false idols in adulthood-money, fame, women-until he discovered the ultimate painkiller for wounds both physical and emotional: heroin. In interviews, Alker, his wife, and his bandmates recount how a new life began for Alker once he surrendered to his addiction-exploring in detail the trauma that was at the root of it. Alker's journey toward redemption was catalyzed by music, which healed him and helped him find his purpose. After a life lived in relentless pursuit of self-gratification, Alker discovered that music and his gift for storytelling could create a platform for him to serve and inspire others-and that's where the magic of true healing lies.