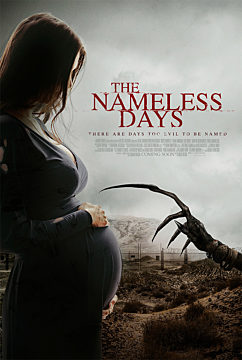 Alone in her isolated house on the border, NICOLE discovers a young immigrant, RAHUI, severely injured and tending to his wounds. Nicole learns that while crossing the border illegally, he and his pregnant sister, GABRIELA, were attacked by a demonic creature known as a Cihuateotl, a primeval woman spirit who had died in childbirth who now comes back from the dead to steal babies for her feasting, and who can only return to the world of the living during five days on the Aztec calendar which belong to no month – THE NAMELESS DAYS. They soon learn that her vengeful spirit cannot be killed, only outlasted, and that their only hope of survival is to make it through the night and evade her relentless pursuit.