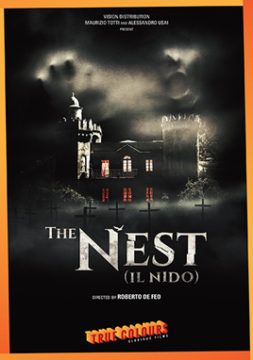 Samuel is a paraplegic young boy living with his mother Elena in "Lake manor" an isolated mansion surrounded by woods. With the strict prohibition to walk away from the mansion, stuck in a family routine, Samuel grows serene but unsatisfied and restless. With the coming of Denise, a teenage maid, he finally finds the strength to oppose his mother’s restraints and to open himself up to the world. But Elena won’t let go of her son so easily, and she’s ready to do whatever it takes to keep him close to her.
Why is she forcing Samuel to live as a prisoner in his own house, forbidding him to leave the estate? Why does she act cruelly towards Denise, driven by the fear that she will fuel Samuel’s desire to see the world outside?
What is the mistery Elena is hiding?