Home / Films / The One I Wrote For You 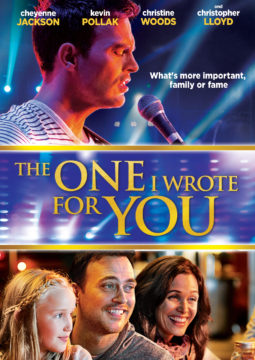 The One I Wrote For You

Ben Cantor is a talented singer/songwriter who walked away from a chance at stardom a decade ago. Burned by an industry that wanted to change him, he chose a simpler life, living with his wife and daughter while playing the occasional song at a coffee house. But when a Reality TV Show, “The Song”, comes to town, Ben finds himself once again drawn into the intoxicating world of fame and fortune. As a semi-finalist, he transforms into the audience favorite, and his ego grabs hold and twists him into the very thing he wanted to avoid. In his swift rise to the top, will he forget what matters most in a world that puts fame before family?