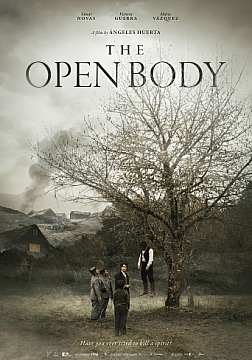 1909. Miguel, a young teacher, is sent to work in a small, gloomy village on the border between Spain and Portugal. There, he will start to feel a special kind of fascination for Dorinda, the wife of Turelo, who is having an extra-marital affair with Mauro. When, one icy morning, Mauro’s body is found hanging from a cherry tree, the teacher begins to suspect that his soul is still wandering around the village in search of revenge.

An erudite and highly rational man, the teacher now comes face to face with a world that is no short of archaic in its ways and values. A universe that still believes in the “open bodies”. Those bodies which are especially prone to being possessed by the spirits of the dead, who use them as a way to manifest themselves and establish a relationship with the living.