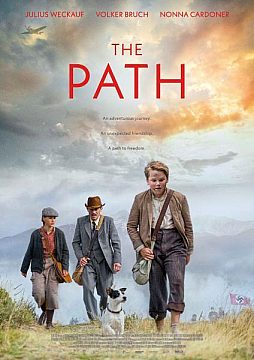 On the run from the Nazis, Rolf and his father find themselves stranded in southern France. The young shepherd girl Nuria has offered to guide them along a secret path through the Pyrenees, but Rolf’s father is then arrested halfway. Will the two children manage to escape on their own?

France in 1940: persecuted by the Nazis, the critical German journalist Ludwig and his 12-year-old son Rolf are stranded in Marseilles. Their goal is to travel to New York where Rolf’s mother has been waiting for them now for far too long. Their guessing game of "Good or Bad? – Dissident or Collaborator?” soon turns deadly serious when they increasingly have to face inspectors and officials in Nazi-controlled Europe.

The only way to freedom is a steep path leading from Southern France through the Pyrenees to Spain. Nuria, a girl, only slightly older than Rolf, offers to guide them along the hazardous path. When the father gets caught en route, Rolf and Núria are suddenly all on their own. Rolf's dog Adi is then the only companion on a path that teaches the two children to stick together and to rely on one another – if they want to survive.