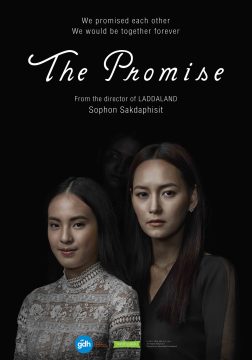 In 1997, the financial crash, known in Thailand as the Tom Yum Goong Crisis, was a disastrous event that crept over Asia and left millionaires bankrupt overnight.

A bright future which two best friends, 'Boum' and 'Ib', pictured together fell apart when they found out that their families were going bankrupt. All of their assets were seized to satisfy their debts. The construction of a premium luxury condominium, which their parents jointly invested in, had been suspended. Unable to accept the harsh truth, they decided to end their lives together at the unfinished tower, where they promised to be together forever. In the end, Ib died all alone.

Twenty years later, Boum becomes a successful real estate entrepreneur. One day, she gets to visit the abandoned tower with her beloved daughter, 'Bell'. That night, however, Boum wakes up and finds Bell sleepwalking and talking to herself in the dark. Bell’s sleepwalking condition continues to worsen every night. What concerns Boum the most is that Bell’s actions and words in her sleepwalking state frighteningly remind Boum of Ib.

What measures will Boum take to release herself from the promise that binds her?