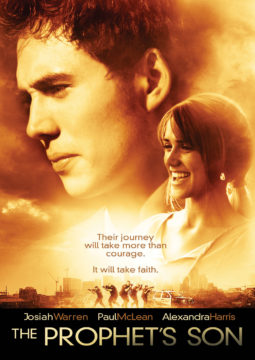 Abel Benjamin is a talented, internationally known concert musician, and one of the sons of a respected pastor and prophet. Juliet Oscar is a published author who has loved Abel from a distance and is quietly waiting on God to reveal his plan in their lives. She lives with her widowed mother and twin, younger brothers who are trying to establish their separate identities and deal with the loss of their father. The lives of these two families intertwine as they reach inside a high school where one of the twins becomes involved in a gang and loses his life trying to prevent a school shooting. It tells the story of his brother's anger and subsequent disappearance into the streets and the heartache of the families uniting to search for him. It begins in the year of a hotly contested presidential election and ends during the nation's process of recovery when the new president's inexperience opens the door to a nuclear attack. Throughout the film there is the consistent message of love, self sacrifice, hope and unity.