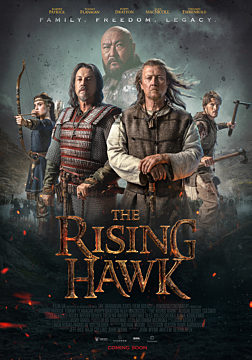 The year is 1241. The Mongol horde lead by cruel khan Burunda moves west, destroying everything in its path. Reaching the Carpathian mountains, the troops camp right below. However, at night several local hunters, the Berkut brothers, secretly enter the camp and free the hostages. Consumed with rage, the khan decides to take revenge and destroy the Carpathian settlements. A traitor amongst the locals tells the Mongols about a secret passage inside the mountains. Nevertheless, a small group of mountain hunters lead by Zakhar Berkut has its own plan to stop the enemy horde once and for all.