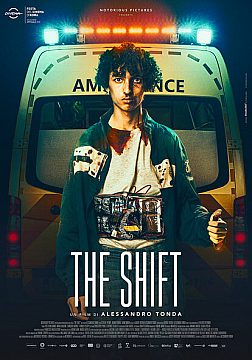 Brussels. Eden and Abdel, two 17-year-old boys, burst into their school to carry out a suicide terrorist attack, but Abdel blows himself up ahead of schedule, involving Eden in the explosion. Isabel and Adamo, two paramedics arrive on the scene and find Eden injured and unconscious. They load him on the ambulance, ignoring the fact that he is one of the terrorists. On their way to the hospital, they realize that Eden wears an explosive belt, but it’s too late: Eden suddenly awakes! Despite the injuries, the young man holds them hostage threatening them to trigger the bomb and orders Adamo to keep driving.