Home / Films / The Spark of Love 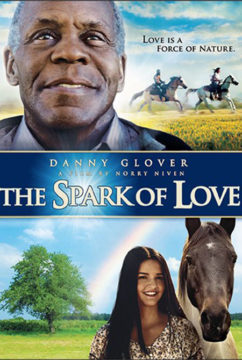 The Spark of Love

In its purest form, “The Spark of Love” is a love story for all time. Told in flashback from his wife's deathbed, William Ward's story traces his relationship with the beautiful Venus, a Native American from the mystical Lightning Clan living in Arkansas. After William's father is stricken ill, they reluctantly separate. Venus then ventures to New York, believing that she will find her calling on a magical night in the city. William's father then passes away, sending him on a search to find his beloved Venus. A wild storm and impromptu play on a city building bring them together. All of this in memory as William, now without his wife, tries to reach her from beyond, seeing visions of her in and around his home during storms. His son believes his father is mentally ill, but they both are witness to a miracle on earth in the heart-pounding conclusion of this magical story.