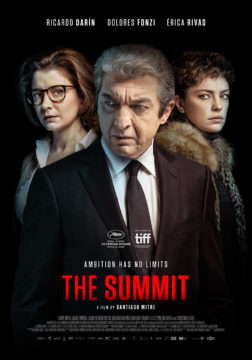 At a summit for Latin American presidents in Chile, where the region’s geopolitical strategies and alliances are in discussion, Argentine president Hernán Blanco endures a political and family drama that will force him to face his own demons. He’ll have to come to two decisions that could change the course of his public and private life forever: one regarding a complicated emotional situation with his daughter, and the other, the most important political decision of his career.