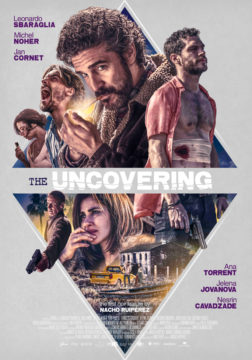 When Jordi returns to the village where he spent part of his childhood, he receives two pieces of news that have a profound effect on him. One, his father isn’t buried, as he had believed, in the village cemetery, and two, Vera, a young girl who was supposedly killed alongside his father is still alive. Armed with this new information, Jordi decides to stay in the village and try to find out what really happened to Pau, his missing and long-forgotten father.

Jordi enlists the help of his cousin Diego, whom he hasn’t seen for years. Together they go back over the days during which Jordi’s father left his mother, having fallen in love with Tirana, an Albanian prostitute and Vera’s mother. Their search takes them back 22 years and uncovers sinister links to old friends and close family members. Events take a ominous turn when it appears that a series of assaults and killings have been carried out to stop Jordi from finding out the truth.

Beneath the semblance of an ordinary village, lies a dark, underground world of prostitution rings, corruption and rivalry between friends and families. If Jordi is to discover the truth, he’s going to have to run the same risks his father did back in 1994 and settle old debts with people he thought were his friends, putting not only his own life in danger, but also the lives of the people he loves.