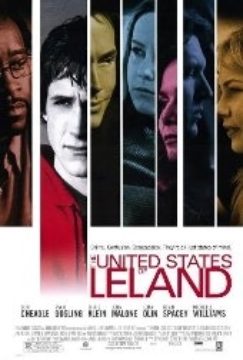 The United States of Leland

After stabbing an autistic boy, the sixteen year old troubled and pessimist Leland P. Fitzgerald is sent to a juvenile detention. His teacher and aspirant writer Pearl Madison gets close and tries to understand him, first with intention of writing a book, and later becoming his friend. Leland slowly discloses his sad vision of world.