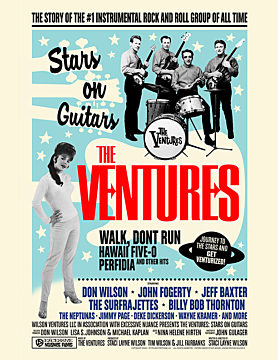 The Ventures: Stars on Guitars

The Ventures have been thrilling music lovers with songs like “Wipe Out” and “Hawaii 5-0” since 1959. Now, see the story of the world’s most famous instrumental rock and roll band from those who know them the best: movie stars, music legends, and their family. Witness the rise and influence of the electric guitar, the history, and the relevance of the band in pop culture still today.