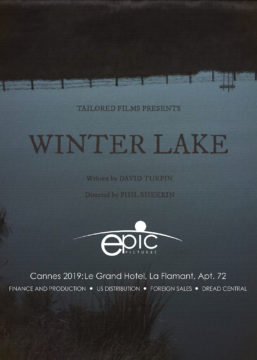 With nowhere else to go, Tom (Boon) and his mother, Elaine (Murphy), return to her childhood home in Ireland. While exploring, Tom makes a disturbing discovery in the nearby seasonal lake that forces him into a troubling personal dilemma. After meeting the father (McElhatton) and daughter (Mackey), from the neighboring farm, their complex web of secrets and lies are revealed to pull Tom and Elaine into a violent confrontation with the darkest parts of human nature.

FROM THE PRODUCERS OF THE LODGERS.