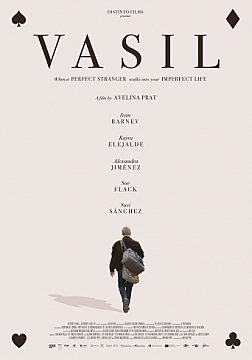 Vasil is a Bulgarian immigrant who’s trying to build a new life in Spain. Intelligent and charismatic, he has an amazing talent for chess and bridge, so much so, in fact, that despite living on the streets, he manages to make a name for himself in an exclusive and prestigious club in the city. There, he meets Maureen, an Irish woman who’s an advocate for social justice. Maureen turns to an old friend, Alfredo, to see if he can put Vasil up in his home.

What was supposed to be a temporary arrangement lasting just a few days, soon turns into months. From the first moment, the differences between the two men are obvious: on the one hand, a retired man, who’s set in his ways, on the other, a bohemian spirit who makes his living however he can. Apparently, the only thing they have in common is their passion for chess. But despite all these contrasts, Vasil will slowly break down the barriers put up by Alfredo and they will end up forming a peculiar, yet very solid and deep friendship; a relationship between two, solitary souls, that has no room for prejudice or rules.