Home / Films / Vengeance of an Assassin 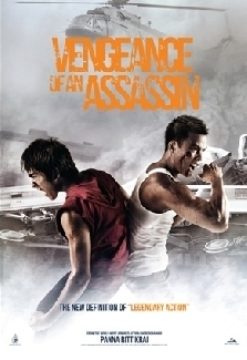 Vengeance of an Assassin

Being an assassin has its rules – always keep your eyes on your target strict to your mission, execute without any hesitation and there is no room for negotiation! Each killer has his own background, but all of them has trade in their blood and losses. After they escape to a safe house where he had grown up with his brother “Than”. He is badly injured but is cured by a Chinese Doctor “Si Fu”, from the girl’s family. Than falls in love with Ploy at first sight without knowing that Natee also has some feelings towards the girl. Finally, the family is together again and his uncle, Tanom decides to unveil the big secret he has kept about Natee and Than’s parents. But the assassins don’t give them time to breath. Being focus and utilizing all of their capabilities is the only way to survive. They have to be faster, stronger and hit harder!