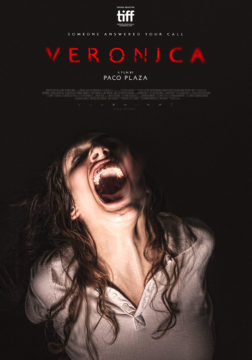 Veronica has taken care of her little brother and sister since the death of their father. One day during a total eclipse of the sun, Veronica and two friends decide to make a Ouija board in order to invoke her father’s spirit. At the very peak of the eclipse, the glass shatters. Veronica enters a kind of trance and passes out, frightening her friends. Veronica recovers and goes home. But there, she starts to pick up on slight changes: objects that move, breathing in the dark… And she’s still unaware of the horrific outcome that awaits her.