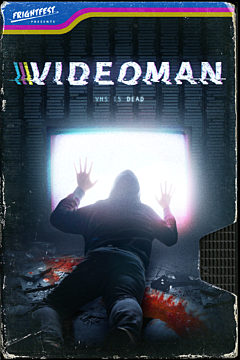 FRIGHTFEST PRESENTS Videoman; a darkly comic, creepy and incredibly moving celebration of giallo, genre cinema and the films of Mike Leigh. From award-winning Swedish director Kristian A. Söderström, Videoman was one of Time Out's top picks to see at FrightFest 2018. Ennio a giallo-obsessed VHS collector with a drinking problem, finds a highly collectable video tape that could solve his money problems and save him from eviction. He makes a deal with a shady, anonymous collector before realising the video has been stolen. So begins Ennio's desperate hunt for the black-gloved perpetrator while, along the way, he meets Simone, an alcoholic woman obsessed with the 80s. As Ennio searches for the tape and begins to lose a grip on reality, his and Simone's mutual love of nostalgia draws them together. Can they find redemption in each other?