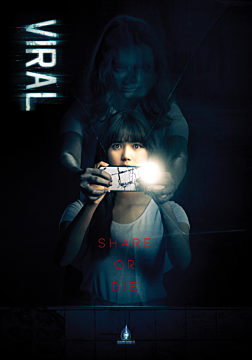 Alternate Titles: Ghost from the Phone

A young girl play an augmented reality game and end up in an abandoned building. She took a picture to celebrate her winning.

When she got back home, the picture has someone in there who did not belong. The girl in the picture come out to haunt her

She tried to find out who the girl is, so the picture with the ghost got sent out to her friends.

The ghost seemed like she wants to tell something but there is no sound from her just the eerie feelings relate to her gestures.

The word of mouth started to circle around about a forwarded picture with a ghost which got sent around and around. You can’t get away from this.

Then one day, one young man had enough and instead of forwarding the picture or keep it, he decided to delete the picture. He got on his car and right out and got into an accident.
The rumor now become more widespread and more real.

If you have received the picture with a ghost in there, forward it out, don’t ever delete.
Or you will die.

(Sold for Vietnam and Taiwan)