Home / Films / We Won’t Kill Each Other With Guns 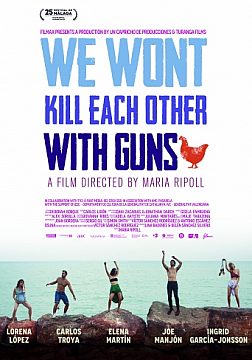 We Won’t Kill Each Other With Guns

While the village is getting ready for its annual party, Blanca is going to a lot of effort to make sure that her first ever paella comes out just perfectly. She's finally managed to organize a get-together with all her old friends, who she hasn't seen in years, ever since a tragic event rocked their worlds and caused them to drift apart. They're all in their thirties now and have the feeling that their youth is slipping away from them. As they struggle to find job security, the feeling of constantly having to start all over again is finally starting to take its toll. The lunch party goes on into the night, as secrets and past mistakes are revealed and hard feelings come out of the woodwork. But now, more than ever, the five friends need each other if they're going to find a way to navigate their chaotic lives and overcome the trauma they all share.