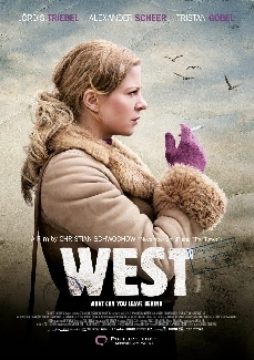 Summer, late 70s. Three years after her boyfriend Wassilij died in a car accident, Nelly Senff decides to escape from the GDR with
her son Alexej and leave her memories and grief behind. She pretends to marry a West German, who takes them over the border.
Two suitcases, a schoolbag, a cuddly toy – that’s all Nelly and Alexej take with them to start their new life in the West.
She believes in a fresh start on the other side of the Wall. But in the West she doesn’t know anybody. Her only shelter is the
cramped Emergency Refugee Centre in West Berlin, where the past catches up with her: The Allied secr et services demand
information on Wassilij, who allegedly was a spy. Nelly has to decide if she lets the trauma of the past destroy her hopes for a
better tomorrow.