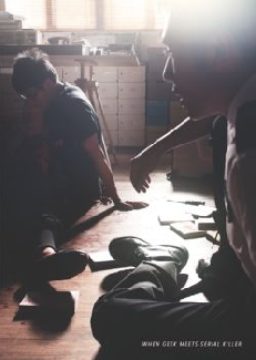 A self-published comic artist accidentally kills his best friend during a quarrel. In order to avoid going to jail, he comes up with an ingenious way to disposer of the body. Until his cheating girlfriend comes to visit. And he accidentally kills her too.

Down the hall lives a vigilante serial killer whose MO is to dress as a police officer. The two become friends.