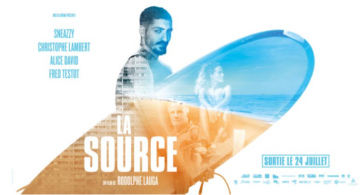 Samir lives in the projects of a second zone city in France. He is bored, rebellious, and on the verge to become a small-time criminal. Until his dad brutally dies and he has to become a plumber to be the breadwinner for his family. But accompanying his younger sister to the public library, he stumbles upon a surfing magazine and has a revelation: he too shall ride the waves professionally one day. The hiccup ? He doesn’t even know how to swim. Enters, an ex-bodybuilding champion and local loser who will takes him under his wing and decides to help. Samir then leaves for the French surfing beaches, decided to make his dreams come true.