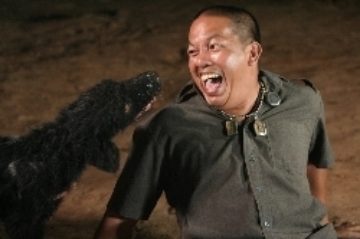 Thailand is a country full of superstitions, same of them are serious as others are just a bit wacky. Wor is a story about one of the wackier ones. There is a remote village somewhere in Thailand where not a single dog dwells. The villagers are so scared of rabies that they do not keep any dogs at all any problems that occur in the village are always blamed on werewolves or rabid dogs, even the lack of rain which has plagued the small village is somehow blamed on poor canines. So what happens when a dog accidentally strays into the village? Not just any dog, but Choke, a dog of great intellect and under standing, a dog that loves being mischievous. The villagers are trying their best to keep Choke away, even hire a ranger to hunt the dog down but that isn't as easy as it sounds when you are dealing with a dog as clever and wily as Choke.