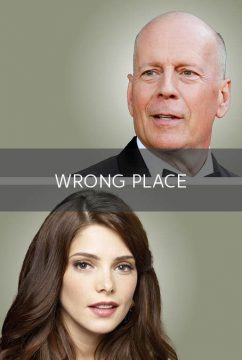 In the back of an isolated store, a gunshot is fired as Virgil Brown (Massi Furlan), a lowlife drug dealer, shoots a terrified man in an execution-style murder. Unfortunately for Virgil, Frank Richards (Bruce Willis), ex-sheriff turned security guard, witnesses the encounter and boldly arrests him. At the same time, Virgil’s son Jake (Michael Sirow), hiding in the bushes nearby, finds the murder weapon and takes off with it before the police investigators arrive at the scene. On a mission to save his dad from prison, Jake is obsessed with one idea: removing the last remaining evidence - Frank. He starts to tail him and sets forth an ambush the next day. But Frank is not home and the first victims to fall into Jake’s trap are Frank’s daughter Chloe (Ashley Greene) and her best friend Tammy (Stacey Danger). After a violent altercation, Jake shoots Tammy in her shoulder and forces Chloe to call his dad: she’s the perfect bait to lure him back to the house. But Chloe has a plan to outwit Jake and warn Frank they’re all in danger...