Home / Films / You Will Not Have My Hate 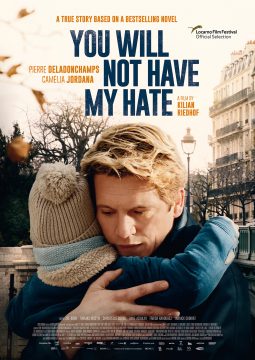 You Will Not Have My Hate

On November 13, 2015, Antoine sees his wife Hélène for the last time. She will be the victim of the terrorist attacks in the Le Bataclan concert hall in Paris this evening, along with eighty-nine other people.

While the world is in shock, the journalist posts an open letter on Facebook. In moving words, he addresses the assassins and denies them his hatred – and that of his then seventeen-month-old son Melvil. On Friday night, you stole the life of an exceptional being, the love of my life, the mother of my son, but you will not have my hate. The post moves millions of people in the social media and is printed on the front page of Le Monde.

Only when he realizes how much his little son needs him does he confront the new reality. This he owes to Hélène and his son...

Kilian Riedhof’s film tells the story of the devastating attacks from the very personal perspective of a father. It is a defiant beacon of freedom, of love and a fragile new beginning.